My favourite parks in Dublin 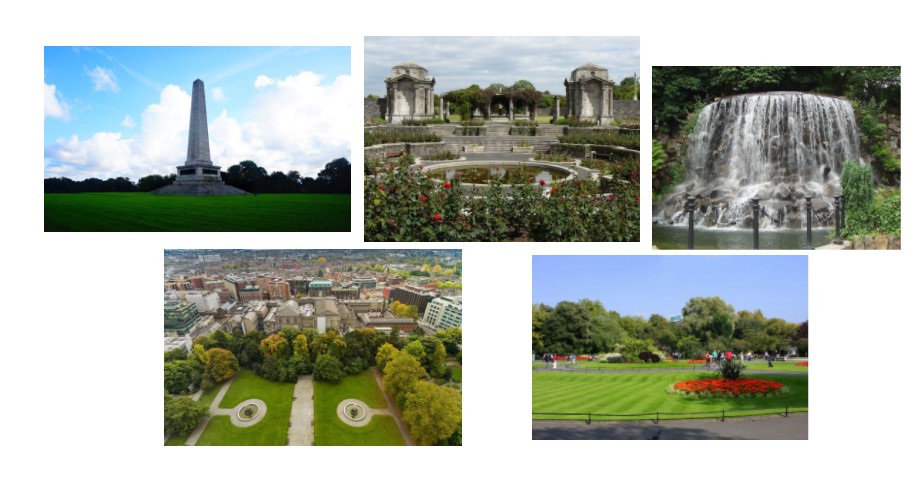 Looking for places to explore in Dublin? Brazillian Student Ambassador Anna Paula Castanheiro Carvalho has written a little about her favourite parks to visit in Dublin. Along with some fun facts, her piece is filled with a descriptive depiction of the beauty and history of the parks of Dublin.

As exchange students we have lots of challenges to achieve every day as we organise our time, find accommodation, adapt to a new country and culture, make new friends, pay bills, find a job, improve our English and try to keep up with our studies.  I know, it looks like a list of “why you shouldn’t study abroad”, doesn’t it?! But believe me, it is not.

Creating a routine that makes time for the fun things in life is so important, so today I will bring you a list of some places that you should add to your list of things to do to enjoy yourself and have an amazing and relaxing day with friends. There are lots of parks in Dublin and visiting them will make you feel closer to the local culture. Every sunny day they get, the Irish people love to go and get immersed in the green environment.

Here’s a list of my favourites in Dublin along with some really cool facts about the parks… Let’s go! 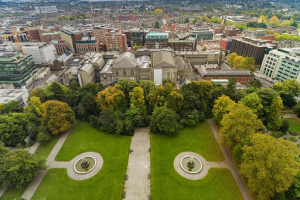 The Iveagh Gardens are located next to Leeson street. This park was gifted to the city of Dublin by a member of the Guinness family in 1941 to remain as a ‘lung of the city’.

Inside you will find a rock waterfall made from stone from each of the 32 counties of Ireland. In the centre, there are two large fountains with statues. The park also has a sunken area which was originally the city’s only outdoor archery field. Buried under the ground of this part of the park is the body of a large African elephant, which was in the Dublin Zoo before it died.

Fun fact: In the summer this park plays host to a number of music concerts as well as the excellent food festival called ‘The Taste of Dublin’. 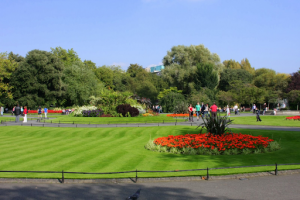 St Stephens Green is a 22-acre park in the heart of Dublin’s Georgian area located at the top of Grafton Street, one of the city’s main shopping areas.

The park features a large lake and a central square with water fountains, beautiful flowers and many places to sit and watch the world go by.

The park is steeped in history, the main archway leading into the green bears the scars of bullet holes left over from the Irish war of independence (1916 easter rising). The Irish Citizen Army, led in part by a woman named Constance Markievicz, took over the park and built trenches along the south of the park as the British soldiers occupied the Shelbourne hotel across the road. Although ultimately unsuccessful, the actions of the rebels led to Ireland becoming a free state from British occupation only a few years later.

Nowadays, it is a place where people go to have lunch, picnic or just enjoy a few minutes break from work. 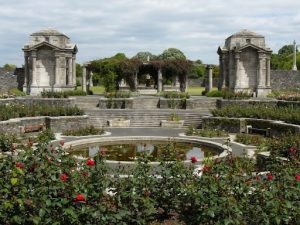 The War Memorial Gardens are located at Islandbridge across from the Phoenix Park. Built to commemorate the soldiers of the First World War. There are two sunken rose gardens that act as perfect sunspots. Further down the park meets the River Liffey where rowers from University College Dublin train and the path follows along the river. A nice place to picnic during the summer.

Fun fact: The location is also steeped in Ireland’s medieval history. On the site of the park, a large Viking burial ground was discovered. It is also believed to have been the final gathering place of Brian Boru, the king of Leinster before he fought the Vikings at the battle of Clontarf in 1014. 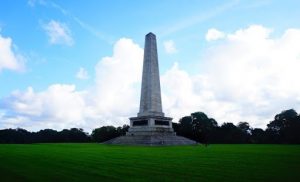 Phoenix Park is one of the largest urban parks in Europe. To give you an idea, it is bigger than the famous Central Park, which is located in New York. The Phoenix was opened in the year 1662 and has 700 hectares. This park is giant and has a lot of things to do there.

One of the cutest things about this park is the countless animals that live freely in one of the areas of the site. Deer are the most common. They are super friendly and people love to go there try to find them and take some photos. Feeding them is prohibited, so be sure not to try! There are more than 60 thousand meters reserved especially for them.

Inside the park, you can find the President of Ireland’s house – Áras an Uachtaráin in Irish, where you can do a tour on Saturdays.

Dublin Zoo is also located in the park and is home to more than 400 animals, in 2020 it was closed to visit because of the pandemic and they start to be in financial trouble. It is a very good place to enjoy a day, Irish families love to go there with their kids.  There are lots of places to picnic, just in the entrance on the right-hand side, there is a beautiful garden where you can go to read a book, study for your exams or just relax.

You can find a place to rent a bike just at the entrance of the park; try to grab one to see more of the park because it’s a little big to walk around!

Fun fact: Pope John Paul II visited the park on the 29th of September 1979. A large white cross was erected near the edge of the Fifteen Acres for this moment. On the day, before travelling to Drogheda, Co. Louth, Pope John Paul II delivered an open-air sermon to more than 1.25 million people. My mother-in-law told me it was a memorable day for Irish people.

A cute curiosity, the lion of MGM is from Dublin Zoo, it is so cool, right?

Well, there are just a few parks that I really love to go to. There are at least 60 parks in Dublin for you to enjoy so I’m sure you will find your favourite one. Don’t let a day with sun be spent fully inside. Get out and enjoy, life here can be hard, but it can definitely be beautiful as well.

Anna Paula is doing a Bachelor in Accounting and Finance at ICD Business School in Dublin.