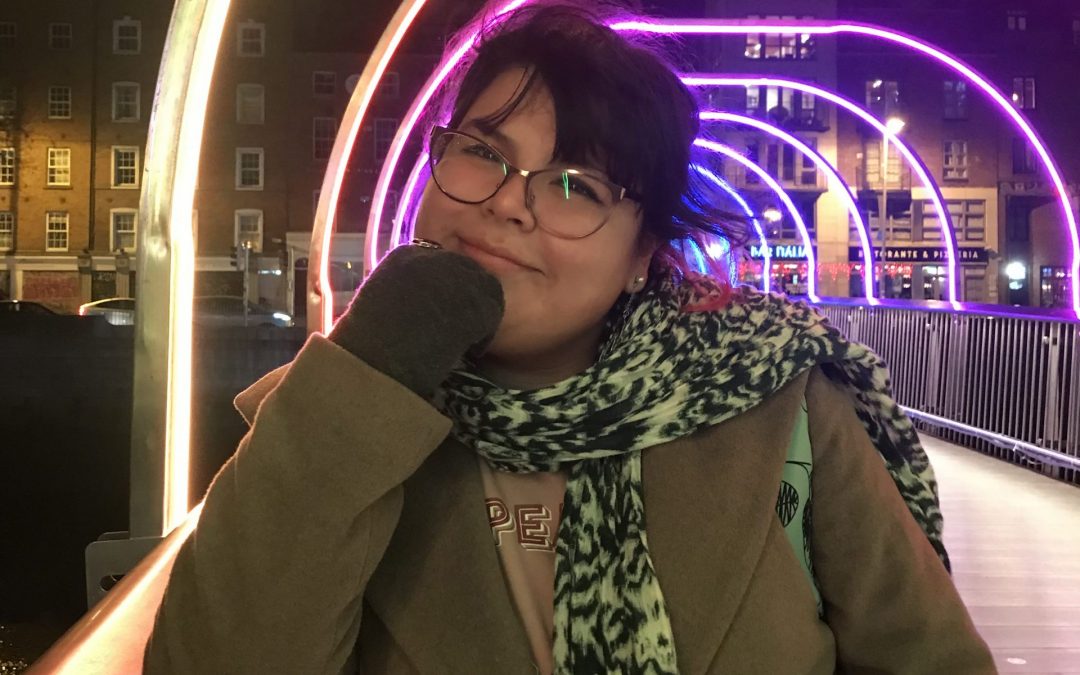 Spooky but fascinating!  Arely Sanchez, a Mexican student doing a BA in Culinary Arts in Dundalk IT, shares her passion for the Irish Púca Halloween festival.  From bonfires and light shows to fancy dress and Trick or Treat, it’s a tradition she loves.

Halloween has always been one of my favourite festivities, and as soon as I arrived in Ireland (and thanks to an assignment from school) the Irish version of this festival caught my attention.  Falling on October 31st, the “Púca Halloween Festival” has a Celtic origin.  It was a celebration to mark the end of the summer harvest; also, it was believed that on October 31st the spirits temporarily returned to the world of the living, for which they chose to disguise themselves. The costumes people wear refer mainly to animals because it was believed that the god Somagín (God of death or the dead) allowed the deceased to return to live with their loved ones that day, but if they hadn’t behaved well, he would reincarnate them as animals, so we seek to make a representation of this through clothing.

The name of this festival comes from a mystical being called Púca, a bringer of both good and bad fortune who was believed to visit the towns and destroy everything in its path. Legend has it that if Púca came to someone’s house and said his name, the person who opened the door would never be seen again since Púca made them disappear. Spooky! 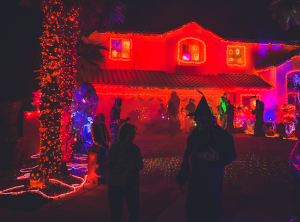 From house to house, to Trick or Treat

Likewise, the customary ritual was to light a large fire that would scare away the spirits. This fire was composed of offerings from the inhabitants. A house-to-house collection was made, and this gave rise to the famous “treat or trick” tradition. As soon as the fire started, animals and humans were sacrificed, and people danced around the fire in order to make an offering to their gods to ensure the protection of the community.  Today the bonfire tradition persists, and every year you will see fires lit in open spaces in villages and towns up and down the country.

Every year, a three-day Halloween festival is held across Ireland in different venues and locations.  One of those is the Co. Louth town of Drogheda, which has the architecture and the perfect views to set the scene for the festival. It’s also very close to my University (Dundalk Institute of Technology). The other locations for the festival are the Co. Meath town of Athboy, specifically because The Hill of Ward is located there and it’s where the first great bonfires of the pagan rituals were made. Also in Meath is Trim Castle, a perfect Norman castle whose light show, as well as the gastronomic offering, I can highly recommend! In this festival, people dress up in fancy dress, ready to have an excellent time at the many shows and displays which transport audiences to another time. Performances of the aforementioned rituals are staged, there are light shows and acrobatics, and many traditional and seasonal food and drinks are on offer. 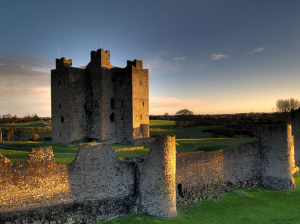 I love knowing the history behind these types of festivals. Ireland is a country full of culture and stories that are really worth knowing. The last edition had to be suspended due to the pandemic, but it is expected that activities will resume this year. I hope to be there!