Following on from her interview with the German Ambassador to Ireland Deike Potzel, our curious student ambassador Janina Catherine Knörzer has some questions for Trinity College Dublin alumni and now Irish Ambassador to Germany, Michael Collins, about his career serving across the globe and why students should consider coming to Ireland to study.

Your Excellency, having previously served as Ireland’s Ambassador to the United States for six years, you are the longest serving Ambassador of Ireland to occupy this position in the modern era. You were also heavily involved in international affairs, including working with the United Nations. With this amount of expertise and experience, would you say that the US and the UK are becoming less attractive to students, considering the political changes of the past two years? If so, how do you think Ireland could benefit from such developments?

I hope not! The United States and the UK are our largest trading partners and two countries with which we also have a huge relationship in so many other areas. This has not, of course, changed in recent times and we will always need to pay special attention to these relationships. In these weeks, in particular, we will see the celebration of Ireland in a very special way in both the United States and the United Kingdom. It is really important that we take every opportunity to make these relationships as strong and as vibrant as possible. I hope that students will continue to focus on these countries and that people-to-people contacts will be actively maintained.

Your career is very impressive and has taken you all around the world and has earned you the title “Diplomat of the Year” by the Los Angeles World Affairs Council in May 2008. What do you personally consider the most memorable moment in your career?

I have many memorable moments in a career that has spanned some 45 years. For me, the role that I was able to play in our peace process is the single most important dimension of my career. I have served as Ireland’s Ambassador to Saudi Arabia (as well as Oman, the UAE, Qatar, Bahrain and Kuwait), to the Czech Republic (as well as Ukraine), to the United States and currently to Germany. To be appointed as Ambassador of Ireland is an honour and each appointment in its own time and in its own way was memorable. I was in the White House Oval Office for twelve consecutive years (six when I worked as Second Secretary General in the Taoiseach’s Department and 6 as Ambassador in Washington). On these occasions, the peace process in Ireland was a central element of the agenda and the role of the United States was clearly of great importance. Now, as Ambassador here in Berlin, I am much more focused on Ireland’s European priorities. I could hardly be in a more relevant place at this critical time for Ireland in the context of Brexit. 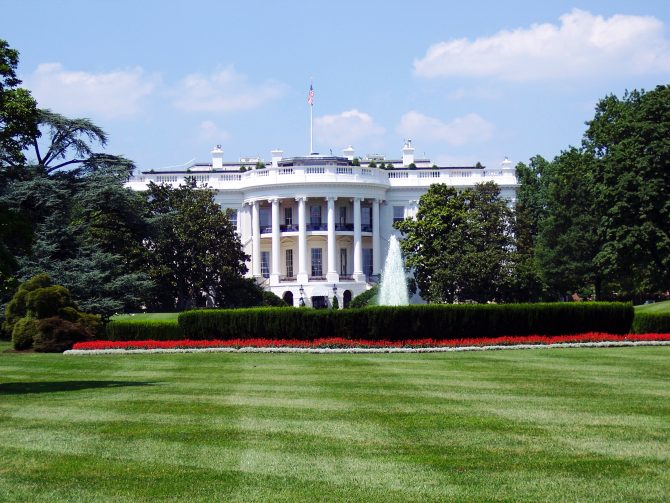 The White House, Washington D.C. — just one of the offices where Ambassador Michael Collins has served in his time representing Ireland

How would you say being a student at Trinity College Dublin has shaped your aims in life and helped you start your career?

Being able to spend time at Trinity College in the mid-1970s was critically important to me as it undoubtedly gave me many of the tools to pursue the diplomatic career that I have enjoyed. It is part of the foundation on which I have been able to build and navigate the challenges of living and working in many different environments. I also got married in Trinity in 1981 which for me almost transcends all other aspects of my time there!

You grew up in Dublin but have since lived in Saudi Arabia, Washington, the Czech Republic, New York and Rome. What does Dublin have, that none of the other cities could offer?

We have enjoyed living in so many great and diverse cities but for me Dublin is home and we will naturally return there when my diplomatic career ends in a few months’ time. We have a bit to do to fully reconnect having been away now for some 12 years but I am excited at the prospect of living at home again and taking on new challenges and opportunities in the time ahead. I can’t think of a better place to do this than Dublin!

You have lived in Germany for over five years now. Is there a reason for which you think Ireland as a place to work or study could be especially interesting to Germans?

I can think of many reasons! And we are happy to encourage Germans to come and work/study in Ireland.  In truth, we would like to see the numbers growing because we believe that there is great advantage in flows of people, especially younger people, in both directions. We already have in excess of 800,000 German tourists visiting Ireland every year.  Most Germans see Ireland as a welcoming place, a place which houses the European headquarters of many big multinationals as well as a growing number of emerging successful Irish businesses. Many also see Ireland as a country that is a fellow member of the EU and deeply committed to its success.