Our American ambassador and student of International Law and Business at University College Dublin, Rebekah Eddy shares what she has learnt about the meaning of being Irish while studying here.

Many people around the world claim a bit of Irish heritage. “I’m Irish,” they will boast, even if they have never been to or even seen the island. While many Irish people have emigrated throughout the years, their descendants can only claim a fragment of what it means to be Irish. It is not enough to wear a Claddagh ring or have a Celtic design inspired tattoo. A person can’t claim cultural heritage on the basis that they drink stout or celebrate St. Patrick’s Day in a gimmicky leprechaun hat. To be Irish is to live through the difficulties that have faced this country, to survive, and to love the country in spite of all the dark times that have gone before.

The people that continue to live on the island are a hearty stock — even though they may burn at even a mere hint of sunlight! Ireland has no snakes, no poisonous spiders, no lions, tigers or bears. Not a wild animal here to be afraid of! So, the people have not developed strength from battling predators in days gone by. True native Irish people are those families that survived the famine, they survived the penal laws, they survived the difficult early years of independence, they survived the Celtic Tiger and the subsequent economic-financial crisis. 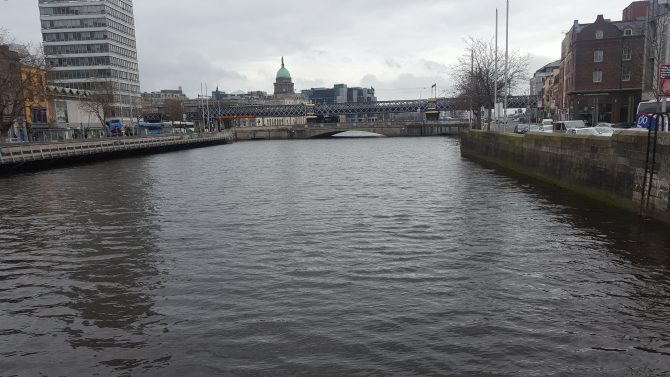 An Irish person will complain about life on this rock on the edge of the Atlantic Ocean. They are also the quickest to defend it. The community is stronger than any town in the USA. Even if those from West Cork may frown on those from the Pale, or Greater Dublin Area, they will be united against anyone who would dare speak ill of their country. Irish folk also complain about social issues or the rain that is intrinsic to the island. In the next breath, they will claim that Ireland is the best country with the best breakfast fry and the best views. Many may not speak the Irish language even at a basic level, but a fair few would go to great lengths to defend their language rather than see it disappear.

The unique relationship between Irish people and their country can be described in the song Dirty Old Town, written by Ewan MacColl. In my opinion, it is the most accurate depiction.  Even though it was originally composed for a city near Manchester, Dubs have adopted it for their own. The lyrics cite a grim picture, and to be fair, the city is usually grey from the stone paths to the sky. In spite of this, the song captures the attitude of many who have chosen to make Dublin, Ireland, their home. It’s not just any dirty old town; it’s our dirty old town.