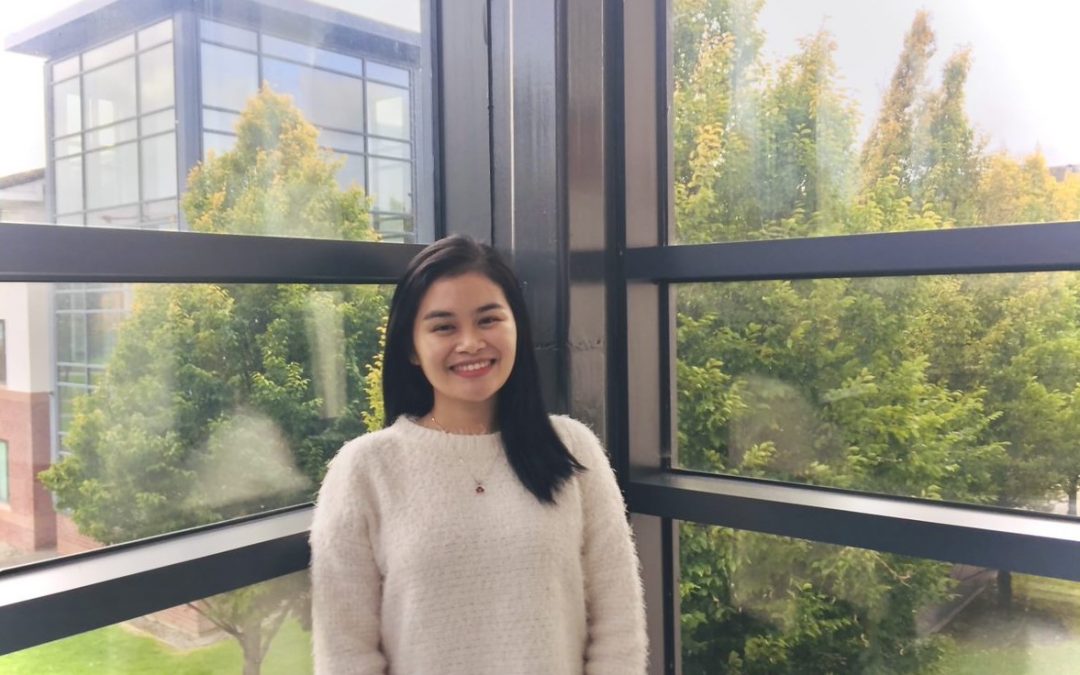 As summer in Ireland is officially over, we look forward to the autumn as we see the colours around us change from greens to golds. It can be hard to give up the summer sun but Ireland in the autumn is even more beautiful than the summer. Take it from Vietnamese Student Ambassador Ly Le Thi, she claims Ireland has the best autumn she has ever seen…

Someone said that autumn is the best time to be in a relationship and I think it’s true,  I was deeply in love with Ireland from the first time I stepped onto this Emerald Isle on a sunny autumn day in September.

I have lived in Hanoi – Vietnam, where autumn is as beautiful. Since coming to Ireland and experiencing my first European autumn, I have truly felt all the beauty of autumn, the best autumn I have ever had.

Autumn in Ireland usually lasts from September to November. As a recommendation from my Irish friends and from my own experiences, September is a great month for hiking and photography because it is less rainy, the temperature remains moderate and the days are still relatively long. 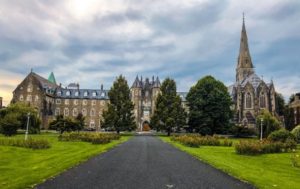 If you have a chance to visit Maynooth University, you cannot ignore the wall with colourful ivy, ranging from striking to dark red, to green and yellow and especially you can only see these bright ivy colours in the autumn (most beautiful month to see it is from September to early October). 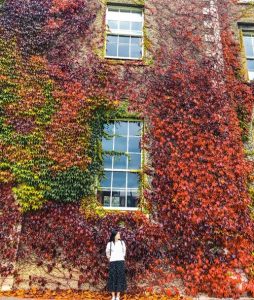 In October, the weather starts to change a bit, quite wet but I love October the most because it is the time leaves have already changed their colours from green to brilliant auburn. It is also the best time to join in on the festivities surrounding Halloween. You can get a pumpkin from the shop and make your own Halloween lantern and immerse yourself in the fun festival atmosphere in Ireland. 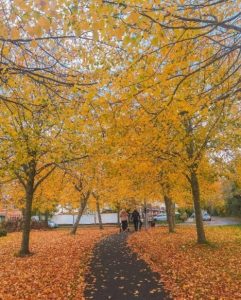 There is nothing as pretty and peaceful as a crisp autumn afternoon; walking around, admiring the changing colours of the leaves on the trees,  waiting for the sun to go down, watching old couples holding hands and taking their dog for a walk. With me, everything is very beautiful, romantic, peaceful, and I like to stay away from the hustle and bustle of life. Living in Ireland in autumn made me want to live a life like the quote “Life slows down, think differently and love more” and truly enjoy the world’s natural beauty. 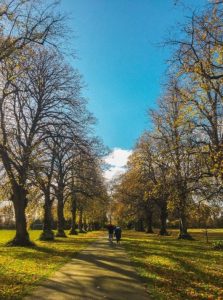 Another thing that amazed me in autumnal Ireland is the millions of birds flying over the sky in the late afternoon. It is true when people say that Ireland is one of the best places for birdwatching and the best time to watch them is in autumn. Ireland is a very lucky country because it is lying beneath some of the busiest bird migration routes in the world, and autumn sees the arrival and departure of countless species. Some days when I go out for a run in the afternoon, I can’t help but stop when I see millions of birds flying as a pitch-black strip over the sky and as an Irish writer by the name of Eric Dempsey wrote in his book “Don’t die in Autumn because it’s the best time for birdwatching”. And if you care about wildlife and want to find some of best places for birdwatching in Ireland, you can visit this website: https://irelandswildlife.com/bird-watching-ireland/ 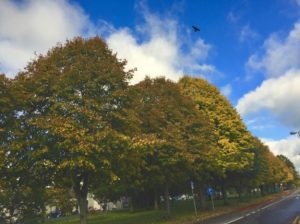 A bird flying over the sky (photo: Ly Le)

In November, the weather seems drier and cooler than the previous two months. The leaves start to fall more, the sky is more clear and the night seems to last longer. But it is the best time for people to see the Northern lights in Ireland (also known as the Aurora Borealis), especially in county Donegal. It is a pity that, because of the COVID-19 pandemic this year, I didn’t get a chance to see Aurora Borealis. See the link below about Aurora in Ireland https://www.theirishroadtrip.com/northern-lights-in-ireland/.

November is also my busiest month with loads of exercises, assignments and presentations but I also like to take a few free afternoons to go outside and enjoy the beauty. 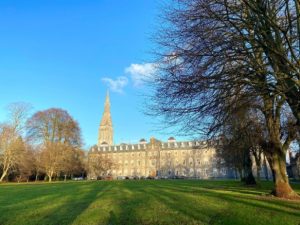 And if someone asks me “What is your most favourite season?”, I would not hesitate to say that that it’s “Autumn, in Ireland”.

Ly Le is doing an MSc in Climate Change at Maynooth University.