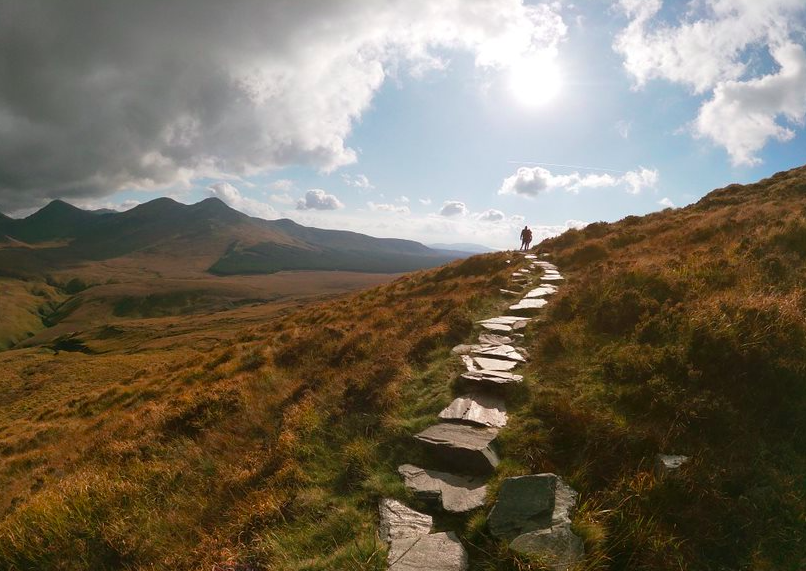 Connemara is known for its breathtaking landscapes. Student Ambassador Sean tells us about one of the most scenic regions in the country, and shares his favourite day trips in Connemara. Intrigued? Keep reading!

Hey, I’m Sean Hasan from Calgary, Alberta, Canada and I am currently in my second year of the medical program at NUIG. Like any program, the bulk of your time will be studying so it’s important to take the time to appreciate your beautiful surroundings as an international student. One of the most scenic regions in the entire country is Connemara National Park, a 2000 hectare protected region found in the north west of Ireland. It features a combination of historic sites with beautiful landscapes. The best part is it is just a short drive away from Galway city. As such, I’d like to share a few of my favourite day trips from Galway City within Connemara National Park. 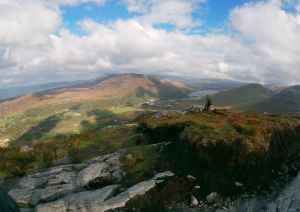 The region of Connemara is a relatively well known tourism attraction and it’s fairly clear to see why once you make it to the luscious, green landscape. Within the area is a track called Diamond Hill Loop, an approximate 2 hour round trip hike that is fairly doable for even the most beginners when it comes to hikes. There are two routes so I would recommend taking the shorter, albeit more steep climb on the way up so as to enjoy the “backside” on the way down. The initial climb takes about 30 minutes (non–stop) though I would recommend taking frequent breathers to take in the sights. It is accompanied by direct uphill climbing as well as switchbacks – a pattern that goes from side to side to ease the incline. Though the entire hike is quite beautiful, the top has the most scenic sites and plenty of large boulders to rest and take in the view. I would recommend bringing some sort of lunch or snack to relax and take it all in. The peak allows for a 360 degree view of Connemara and features many rolling hills, lakes, and rivers as far as the eye can see. The journey back down features more phenomenal views as it descends slowly around the back end of the mountain allowing one to appreciate the region from a different angle. For a more detailed view of the experience, I will attach a video I shot on my GoPro on my first visit to the region in October of 2020. 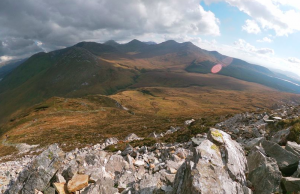 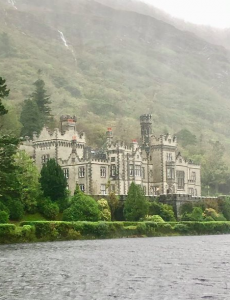 The next spot is less of a natural view and one more catered to the power of human creation. Kylemore Abbey is a Benedictine Gothic style nunnery built in 1920. The edifice, still actively used for its original purpose, is also open to the public during the day. The abbey sits in the pocket of a mountainous region with a lough sitting out front and a walking path that tours the area. Just a short distance away is the Victorian Walled Garden, accessible by free shuttle or walk, that features a large loop filled with highly maintained shrubbery and flowers. It would be advisable to go early so as to enjoy the most out of both the gardens and structural landscapes that are featured around the lough. A café sits before the entrance to rest up and grab a quick bite or cup of tea. 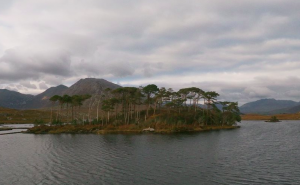 This one is probably my most favourite hidden gem since arriving in Ireland. The unnamed island is about halfway to the Diamond Hill Loop from Galway City. It is unmarked but features an unpaved area to pullover the car. The island features a narrow hallway–esque entrance that offers scenic angles for pictures and landscape shots such as the one shown of myself taken from a friend. The island does not offer much in terms of a walkway but allows for some adventurous journeys through the heavily dense brush. This is a great place to get out and stretch the legs on the way to Connemara Park. 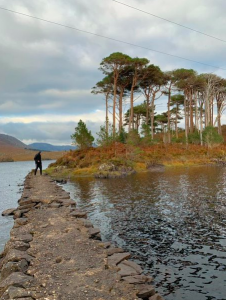 I hope you enjoyed this quick day trip guide to Connemara National park. Studying at NUIG has its well–known perks and attractions within the city but make sure to enjoy the surrounding regions during your time in Galway!

Sean is studying Medicine at the National University of Ireland, Galway.