Does Ireland make you an independent person?

by Bindhu Purushothaman | 23 Jul, 2021 | from: India, National College of Ireland

Moving thousands of miles away to study abroad can raise a lot of questions; will I be able to go it alone? Will I make friends? How will I manage my newfound independence? Lots of little worries that can sometimes be hard to shake but, at the end of the day, it’s better to just go with the flow and take new experiences and challenges in your stride. 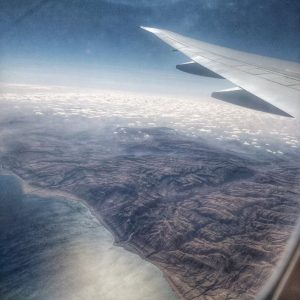 Being an independent or dependent person is a choice which we choose in our life. I am Bindhu Purushothaman, born and raised in India. Pursuing my Master’s dream in the National College of Ireland.

Moving to a different continent which is approximately 5000 miles away made me anxious initially. Don’t get me wrong, I was excited until I reached the airport, waved to my family and friends with a big smile saying see you guys in a year. But it all changed the moment I sat on the flight and peeped out of the window realising it’s going to be 365 days or more until I can see or hug those same people. It may make you feel low, questioning ourselves ‘have I made the right choice, have I grown enough to handle the situations or be responsible and independent?’

It is good to question ourselves is what I realised being on my own terms in Ireland for a year now. As I reached Dublin for the first time, I became a self-reliant person without my knowledge. I was aware of my surroundings – kept an eye on my baggage, focused on reaching my first destination from the airport without getting lost. Tiny fears I had, from climbing onto the LUAS for the first time to buying and paying for my groceries, turned out to be my weekly routine. Just the thought of doing it makes you nervous for the first time. Hopefully you’ll be fortunate like me, where you come across friendly and pleasant Irish people who can guide you through it with a smile. 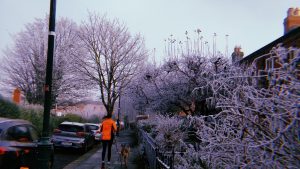 As the days passed by I felt like one of the people of Ireland. You start gaining confidence by interacting with new people across Ireland; petting dogs on walks, talking to bus drivers about the weather and passing through the many joggers even when it rains. I myself, being an introvert, had many deep conversations across my travel in the short period of time before COVID-19. I became more aware of the Irish culture and their routines through the small talk I had with many cab drivers and neighbours who were out walking their dogs. I realised down the line, how far I travel and visit different cultures, as humans we all are in search of love and warmth which I felt in Ireland. I faced situations where I was dependent on my classmates, college lecturers and my housemates – my support system. This does not conclude that am not an independent person. I became a person who makes my own choices, even to decide who to ask for help when needed. 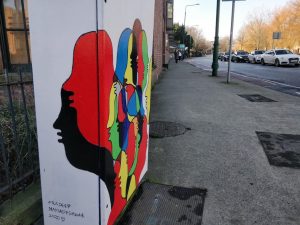 As an international student, I felt that would always walk on eggshells. But, as am speaking on behalf of my own experience for a year, I have not come across any incidents which affected me mentally or physically. I would say, in life, it’s better to opt to be dependent or independent based on the need and the effort we are capable to do as per the situation. There is nothing wrong with being dependent. It’s better to try, first time we may regret it but not for the things we didn’t try. For instance, when I boarded LUAS for the first time I went in the complete opposite direction. It happens! Nothing to feel worried or nervous about because at the end of the day it became a story for me to share and laugh about with my friends.

I would say, this country made me a self-aware person rather than completely being an independent individual. It is going to be a fun ride in this weird weathered country where have started to ask people ‘how is the weather’ rather than ‘how was your day’.

Bindhu is pursuing a Masters in Cloud Computing at the National College of Ireland.