by Annora Dsouza | 19 Aug, 2021 | from: India, Limerick Institute of Technology, Technological University of the Shannon 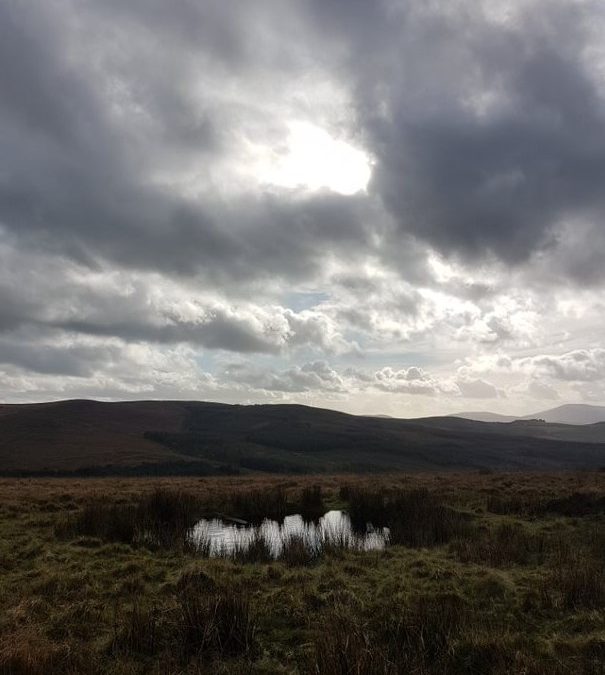 I remember telling myself, ‘It’s your first year and there’s a pandemic going on, do not expect yourself to go anywhere besides your campus and the weekly run to Tesco.’ All the research on ‘places to visit while you’re in Ireland!’ or ‘Top 10 things you need to do while in Ireland’, locked away on my phone’s checklist, never getting the chance to be ticked off one by one. And so, with zero expectations, I ventured onwards to a new country.

Having spent a few weeks adjusting to my new routine, a friend reached out and wanted to hike up to the Holy Year Cross which was located at Clonmel’s Comeragh mountains. Having gone nowhere to explore, I was pretty much up for anything. And away we hiked. If I learned anything that day, it was me underestimating how tired I would be, and carrying a jacket because the wind howled at the top.

Once we made it, I was in awe at how small the town looked from above. Behind me stood more majestic waves of mountains with specks of sheep strolling along. A sense of exhilaration and contentment rushed into me. I had never hiked before. I was greatly out of breath, but I did it. While this may have been a small-scale excursion, at a time like this it felt like a window of hope. Maybe, just maybe I’ll get to see more than the chip aisle in Tesco after all. 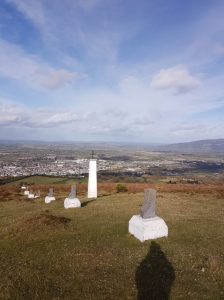 Taking in the view (photo: Annora)

Having to complete some documentation work in Limerick, I decided to make full use of my travel into the city. I reached out to a previous Education in Ireland Student Ambassador, who was nice enough to show me around the city and keep me company for the day. It was great fun as we sipped on some coffee from Starbucks and later dined at Shake Dog (they have a pretty good meal for just €10, check it out) as I learned about how her experience in Ireland had been. I returned to Limerick once more later on and met her friends who were just as kind. I even got a small makeover by dyeing the ends of my hair red. 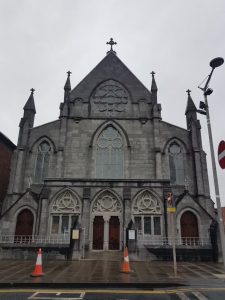 A white winter in Dublin

This was the first-ever winter break where I was away from my family who I missed dearly. Instead of channelling my inner Scrooge, I spent my Christmas in Dublin with a family friend. They gave me a chance to experience my first white Christmas. I roamed the streets of Dublin City Centre, which was buzzing with holiday spirit, tried out an Irish breakfast and attempted building a snowman (big emphasis on attempted). The New Year started with a bang as the neighbourhood gathered to light up the sky with fireworks. It was a great winter break.

My attempt at a snowman (photo: Annora)

Having said all that, did I get the chance to tick anything off my phone checklist? No. But did I have a dull experience in Ireland? In the simplest of words, No. In a time where everything was isolated and uncertain, I found friends and family to keep me company and that’s all that really matters. They are the bonds that will make the days worthwhile.

Annora Dsouza is studying a BSc in Digital Animation Production at Limerick Institute of Technology.