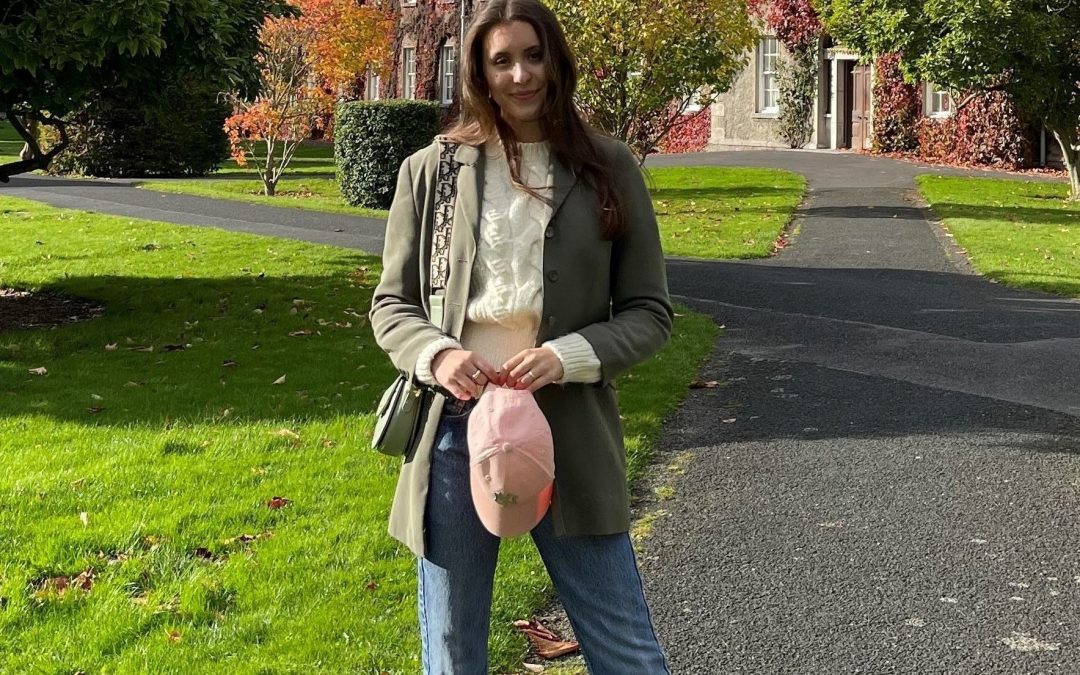 Getting started in a new place can be overwhelming in ways one can never really prepare for, you don’t know how you will feel in a certain situation until you’re in it. This is a lesson Student Ambassador Olivia Rampersaud from the USA found out after the fact but she soon came to realise that it takes time to adjust and settle…

The first day of school. Whether it be entering the cloud of commotion walking into a new building for the first time or the exciting rush synonymous with seeing all your new classmates; the cardinal impressions regarding this day were always ones I anticipated with enthusiasm. Now, factor in all the variables that coincide with the first day at a college in an unfamiliar country (add an excessive amount of jetlag) and you get an experience that might seem a little less alluring. I found myself trading in enticement for confusion, asking questions like “will I be able to understand everyone’s accents”, and “what do they actually mean when they say craic?”. I was opting for apprehension over delight, concerned that I wouldn’t relate to the culture and jokes that my fellow classmates made during downtime. 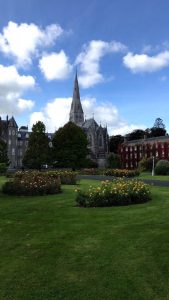 Although these were more than likely common ordeals most students were experiencing, my new environment and lack of understanding made me feel slightly isolated; longing for something to make me feel not only at home but connected to the area I was in.

That, however, was when I stumbled upon the beauty that is Maynooth University’s south campus. With its picturesque architecture and assortment of flower arrangements perfectly placed across the green lawns, I was instantly captivated (some would even say I was having my main character moment).  It was like every doubt I could have had suddenly escaped the forefront of my mind and was replaced by an overwhelming feeling of calm.

Up until this point in my journey, I had been one, too consumed by the surge of jetlag that had resulted from the flight the previous day and two, too fearful to venture outside of my accommodation to explore my surroundings (both of these resulting in a scarcity of appreciation for the beauty of the campus). I had accidentally given myself this extremely false impression that I was “alone” when in reality, there was so much community right outside my doors. From the way the natural elements within the south campus worked together, like the ivy growing perfectly around the perimeter of the windows, acting as a frame for viewers to look out of, to the harmonious chirps of the birds acting like an organic soundtrack, it was clear to me that every element had a specific place.

The evident connection between the pieces I was looking at gave me an innate feeling that just like the birds or the ivy, I too would be able to find my definitive place in Maynooth. With this being my first real experience with the university’s campus, there was no better scenery to contribute to my first impression.

Olivia is studying Marketing and Innovation at the National University of Ireland Maynooth.