Finding subtle beauty in the obvious… 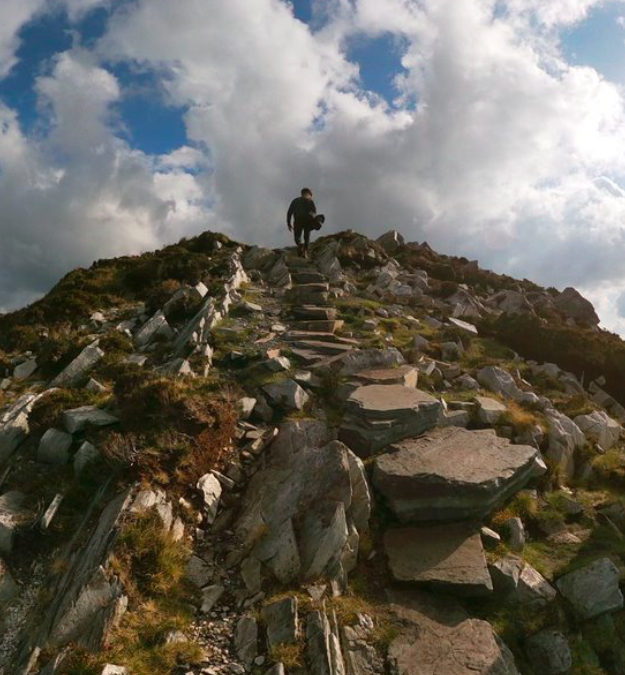 Often, we overlook the everyday beauty directly in front of our eyes. When we look a little harder, we can unlock wonder! Student Ambassador Sean was not a stranger to Ireland before he moved here to study, but what he uncovered on his second visit, overtook all that came before! In his second blog he looks at attractions in Galway, but through examining its subtle beauty, rather than its classic angles…

My first trip to Ireland happened in 2018 for travelling purposes with my siblings. Being a tourist at the time, we visited the “classic” destinations such as the Cliffs of Moher and various landmarks in Dublin. As it was a short trip, we only managed to journey through Galway for a single night and it was late by the time we arrived. We took off the next morning having not experienced more than a quick walk down the main path on Shop Street. Safe to say I did not realise the beauty within Galway.

When I returned in 2020 for studying purposes, I was pleasantly surprised by the culture of Galway. Within the first month, there was much to take in such as the arrival of an arts festival with various performances, the busy nightlife surrounding various pubs, and even the pure entertaining chaos of a busy Shop Street on the daily. But as one who finds solace in the natural and historical aspects of cities, I was taken aback by the sights to behold. Even now it is difficult to put it into words. Canada has its fair share of natural beauty, but it is lacking in the historical context as a relatively young country.

As such, I feel it is only appropriate to exemplify the interplay of historic and natural beauty of Galway with images I took while exploring during the peak of the pandemic era. It was difficult to narrow down my choices. Ultimately, I chose four photographs in order to demonstrate the main attractions of Galway but examine its subtle beauty rather than classic angles. 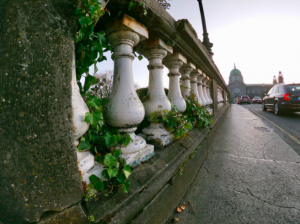 One of my favourite landmarks is the bridge that connects the city centre to the Galway Cathedral and university campus. The manner in which the vines wrap around the medieval–style pillars of the bridge is a truly beautiful representation of the interaction between nature and human creation while combining the works of the past with the present. 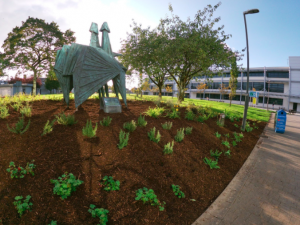 As a student it is difficult to not include the iconic NUIG Quadrangle. While it is no doubt an eye–catching display, another unique pieceof art caught my eye on orientation day. At the time I was part of a tour group, so I made note to return later in the evening toward sunset. The manner in which the light reflected along with the ambiguity of the structure itself made this one of my favourite shots I’ve taken since arriving in Galway. I hope you may appreciate it just as much. 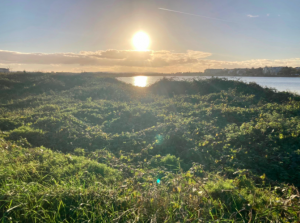 One of the finer hidden gems is that of Lough Atalia. Living just up and around the corner, this was my regular running route. With the narrow walk along the side of the train tracks down to the waterbed itself, it was challenging choosing only one photo (I probably have about a hundred off my first visit alone). I decided to choose this one since it accurately represents the beauty of the lush green shrubbery with the calm water behind it. The beaming sun doesn’t hurt its aesthetic, either. 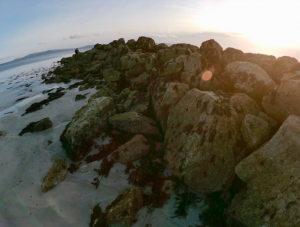 How can I write a blog on the best views without including at least one picture near The Docks? The most drawing aspect is the colourful arrangement of houses along the Northern border, rush of the Corrib River and mix of abandoned and mint–conditioned sailboats. Yet, if you travel a bit further out to the beach area, you may be lucky enough to find the large wave–breaking boulders revealed if the tide is receding. During the peak of the pandemic, this spot really helps to find a quick break from tedious university studies.

If you wish to see more, I try to post regularly on both accounts below. Hope you enjoyed this quick tour of Galway!