A freeing independence: The reality of studying abroad 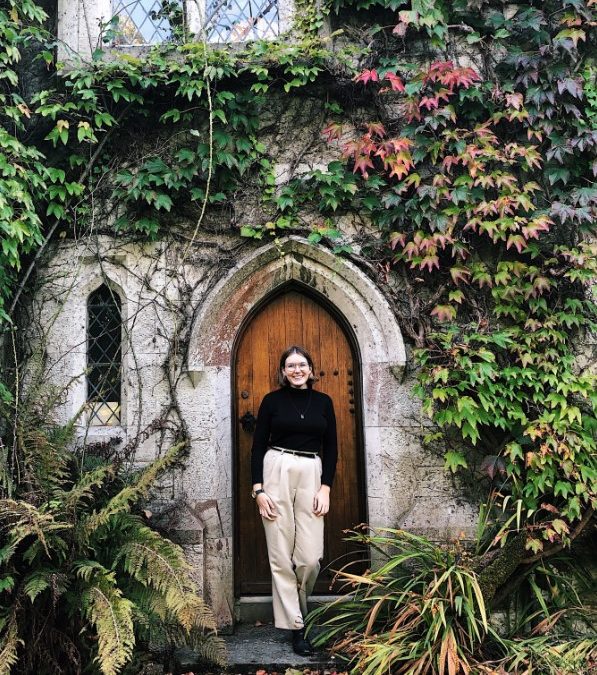 Society conditions us to believe that doing things alone is something we should feel uncomfortable about. Emily Titsworth, Student Ambassador from the USA, dispels these societal norms in her first blog post as she speaks openly about the reality of going it alone and doing so with ease!

So, I ask you: Are you okay with being alone?

In our society, people that spend time alone are often seen as lonely. Lonely and alone don’t always go hand-in-hand, though. Let me tell you first-hand how freeing it is to look past these societal standards and live a limitless life.

Really want to see a film in the cinema but have no one to go with? Go by yourself. Get some popcorn, choose whatever seat you want and enjoy. When I first moved to Cork I did just that – I went to see a movie alone. Now, if you had told me to do that back when I studied abroad in Ireland for the first time in 2017, I would have laughed in your face and refused. What if people would look at me? What if they thought I was sad for doing something alone when the social norm is to go with another person?

Over the past few years, I have learned something invaluable that I want to remind you of: No one is paying as much attention to you as you think. 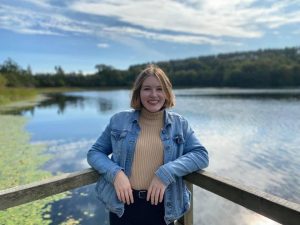 I am so glad I moved past the fear of doing things alone. If I hadn’t, this pandemic would be a lot trickier to navigate. These circumstances have primed people for doing things alone. The world has forced us to halt our thinking and stray from our social habits. Has it been isolating at times? Definitely. But if I am going to take anything away from this life-changing experience, it’s going to be the gratitude I have for my relationships, but also the knowledge that I am independent and shouldn’t let things get in my way of doing what I want.

A big step in overcoming the fear of being alone happened in 2019 when I booked a solo trip to Europe. People, mostly older women, called me brave. I have never considered myself brave for travelling. Sure, it can be intimidating being in a foreign city, especially as a woman, but there were parts of the world I wanted to see. I was not going to let anything keep me from seeing them. So I set off. Six cities in fourteen days. It was freeing. When I wanted to rest, I rested. When I wanted to see the sights, I went out and saw them. I didn’t have to worry about if fellow travellers wanted to see the same things I did. I was able to explore the cities the way I wanted. All because I wasn’t afraid of going alone.

When it was time to apply to graduate programs, I thought about the places I wanted to study. Ireland immediately came to mind. The program I applied to, an MA in Creative Writing, said it was a year long. That is a long time to be away from friends and family, to uproot your entire life and plant it somewhere else, but I was not afraid of being alone. I was excited. I applied to programs near my hometown, but my heart knew it yearned for something more exciting. So I didn’t let my fear get in the way and almost a year after my acceptance into the program I am living in Cork. 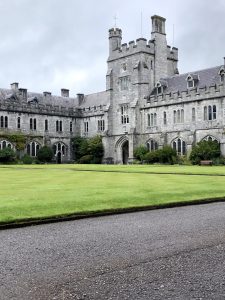 My home for a year – University College Cork (photo: Emily)

It can be hard to be alone, but that’s life. Don’t let the fear and intimidation of doing something alone keep you from doing it. If I had, I wouldn’t be studying in Ireland for the second time in my life. So, think of something you’ve always wanted to do, but were too worried about how you would feel or what others would think if you did it alone. Try it out. I promise it’s not as scary as you’d think.

I leave you with two questions: What could you achieve if you weren’t scared of being alone? Does that achievement outweigh the fear?

Emily is pursuing an MA in Creative Writing at University College Cork.