I would choose Ireland again and again… 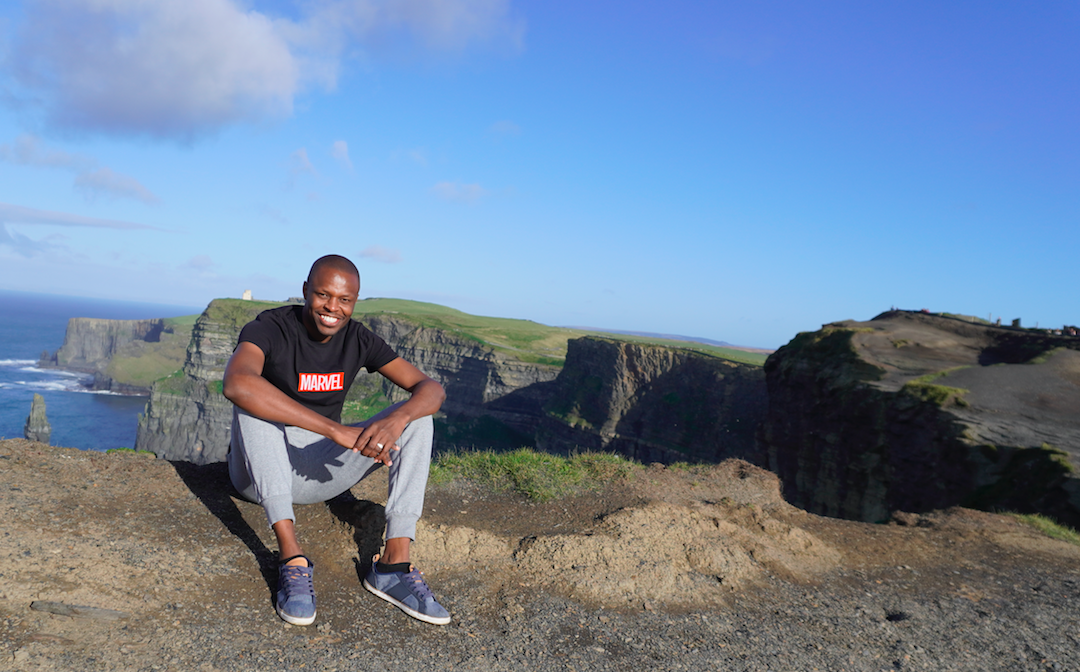 Student Ambassador Rodney from South Africa believes that if the people in a foreign land are kind towards you, then everything else falls into place! For him, Ireland became the perfect study abroad location, and remains one that he would choose again, and again, and again…

Choosing a study destination for your undergraduate or postgraduate studies can be really daunting… but, when you finally find that click for what you have been searching for, then you get peace of mind!

Arriving in Ireland (at Dublin International Airport) was one of the best feelings in the world, knowing that I had finally made a worthwhile decision for both my career and future. Ireland is a beautiful country and all I had to 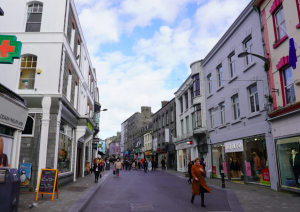 observe on the road from Dublin, to my study destination in Galway, was the green grass. It seems as if Ireland’s grass is green all year round. Being based in Galway, I first noticed the amazing vibes in the streets, where there are so many people moving around shopping and eating in restaurants, while right beside them others are playing live music. There are a lot of bars and clubs for those who prefer heading to such spaces. The city is so refreshing and now it makes more sense why Galway is called the ‘European Capital of Culture’.

I was astonished by the manner in which Irish people are so friendly and considerate. On one occasion while trying to navigate the route to church with my friends, after realising that we were confused, a couple who were jogging stopped to ask if we needed help. Only kind people do that. That of course made me affirm the decision of choosing Ireland as a study destination. Irish people smile at you irrespective of your race, culture, language or gender.

It also gives me peace of mind that in the few months that I have been living in Ireland, I have never experienced any form of racial discrimination as a black person. I strongly believe that if the people in a foreign land are kind towards you, then it makes all other things fall into place, you even become so free to be yourself! As a result of the safety in Ireland, I do not have to look over my shoulders while walking at night because it is so safe. Another culture shock for me was that universities in Europe do not have campus access control and anybody can just walk around campus, because it is more community oriented. Unfortunately, where I come from, you need identification to access a university. 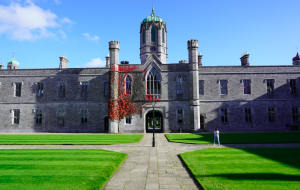 The beauty of NUIG – The Quadrangle (photo: Rodney)

As a photographer, I love sight-seeing and capturing great moments of both people and nature. As you can see on the picture below, I hired a car and drove to the Cliffs of Moher located in County Clare (Roughly 75km from County Galway) which is one of the wonders of the world in Ireland.  The Cliffs of Moher is a destination that everyone who decides to study in Ireland should visit. Because of my love for nature, I had the best time of my life by gazing at God’s incredible creation and I will surely go back to explore more. 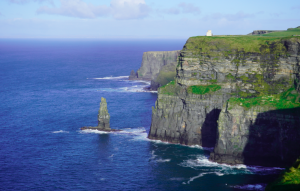 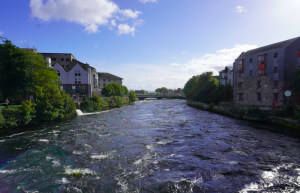 When walking to the campus (National University of Ireland Galway) from the city centre where I stay, I always stop and look at River Corrib flowing underneath and it is the fastest flowing city river in Europe. This alone makes me realise that I have made the best decision to study in Ireland. Each day I am surrounded by enormous beauty and amazing teachers! Irish universities are ranked among the best in the world. It gives me so much pride knowing that I am studying at NUIG which is in the top 1% ranked universities in the world. We all want to be associated with rich history and excellence, I continue to be blown away with amazement of Ireland and I will reiterate that I CHOOSE IRELAND AGAIN AND AGAIN.

Rodney is pursuing a Masters in Gender, Globalisation and Rights from NUI Galway.