Ireland’s beauty through my eyes 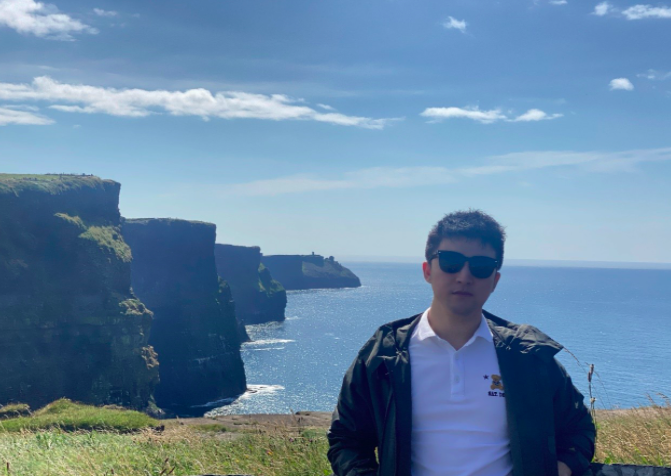 The beauty of living on an island like Ireland is that there’s always a new beach to explore! Student Ambassador Peng Ge, from China, has been blown away by the country’s beauty. He has marvelled at some of Ireland’s most beautiful places, all while working towards his degree!

My name is Peng Ge and my English name is Eric. I am currently studying at UCD Michael Smurfit Graduate Business School. I am majoring in Marketing and Retail Innovation! 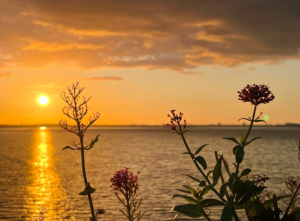 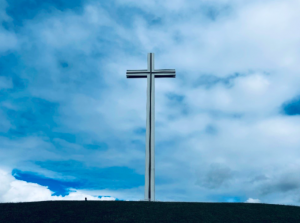 What I first remember about Ireland, is noticing how beautiful an island it is. In Dublin alone, you can see stunning views of the ocean, from places like Blackrock, Bray, and Howth. But, it was at the Cliffs of Moher in Co Clare that I was absolutely shocked by. The Cliffs of Moher shows so simply nature’s unique love for the Irish land. The photos could never fully capture the shock it gave me! It really is beautiful. 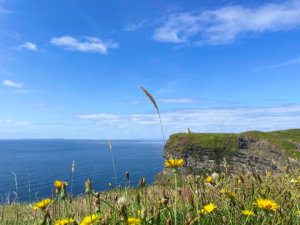 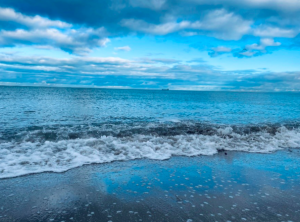 Additionally, Ireland’s unique geographical environment also allows Ireland to have a special blue sky. Here in Ireland, I especially love looking up at the sky, with its beauty and blueness. It makes me very relaxed, and very happy, and I feel like this day will be a great day for anyone who visits. Everyone knows Ireland can be rainy, and it may rain suddenly when not expected. But often, rainbows do appear after the rain 🌈. 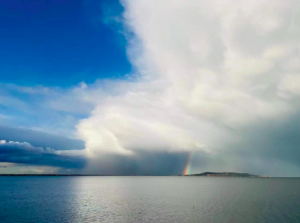 Ireland is a very friendly country. It is very tolerant and Irish people are super polite, making it such a liveable country! Dublin is divided into two zones, or sides, ‘The North Side’ and ‘The South Side’, with the River Liffey acting as the boundary. There are so many national universities located in Dublin, including University College Dublin (UCD), Trinity College Dublin in the city centre, and Dublin City University too. 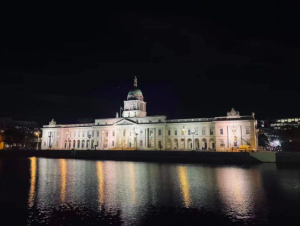 The Custom House on Dublin’s North Side (photo: Peng Ge)

Ireland is commonly known as the Silicon Valley of Europe. Many world-renowned companies have branches in Ireland. We are familiar with Apple, Facebook, Google, Amazon, Huawei, Accenture, etc. This is one of the reasons why Ireland is popular with international students. As long as you have a full postgraduate degree in Ireland, you will get a two-year work visa permit after graduation!

Ireland’s excellent universities, high employment rates, and job opportunities, as well as it’s vibrancy and culture, makes it one of the best countries to study abroad in for international students!