What to expect from Irish weather: the unexpected! 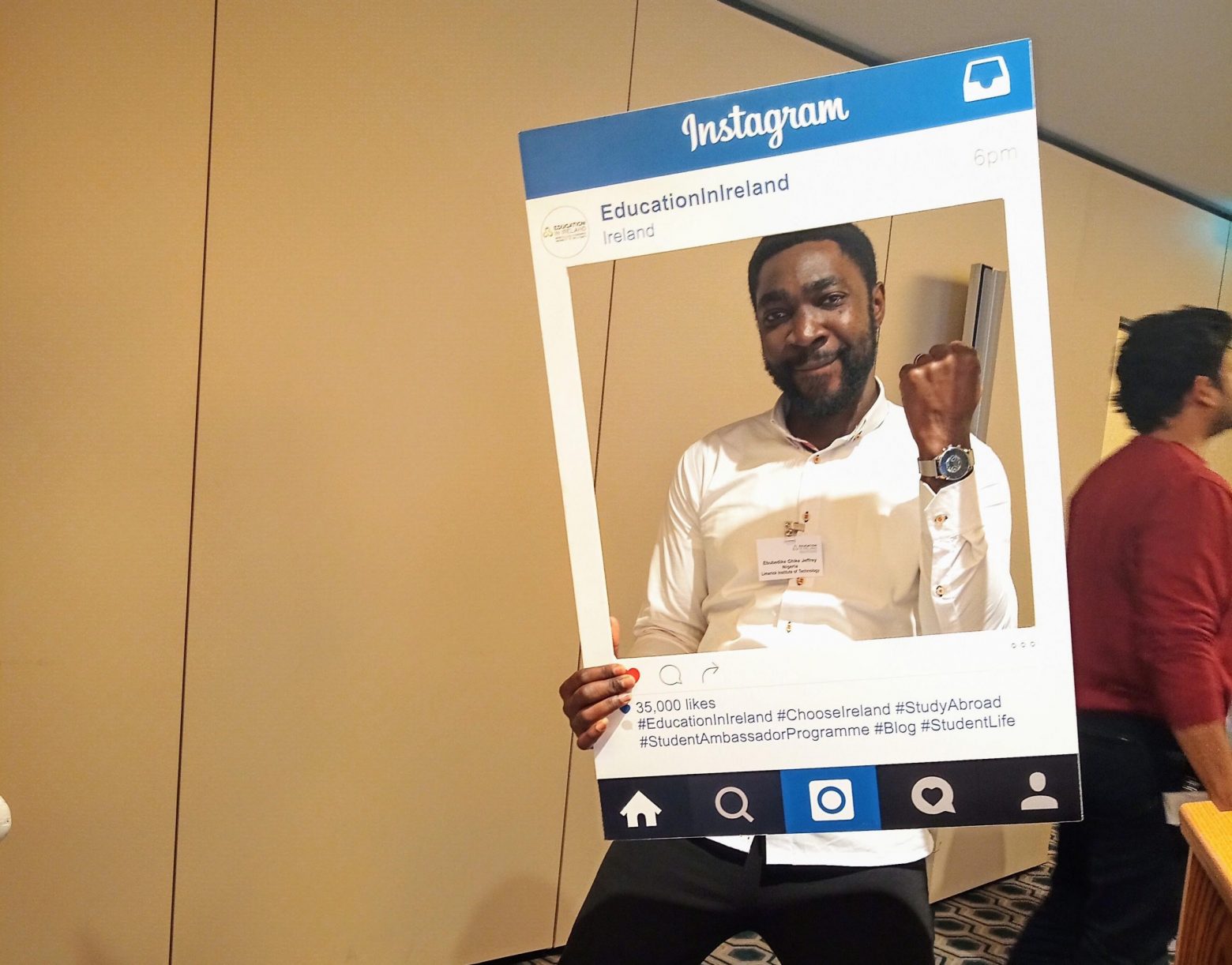 After moving to Ireland to study Business Management at Limerick Institute of Technology, it took time for Nigerian student Jeffrey Ebubedike Chike to get used to the changeable Irish weather, but now he loves it.  Here he shares some of his humorous encounters with Irish rain!

It was 7.40pm and we had just landed at Abu Dhabi airport on a stopover for onward transfer to Dublin.

I had a fairly thick jacket on which I hurriedly removed on alighting the aircraft. It was my first time in Abu Dhabi and I was wondering where all the hot air was coming from.  At first, I naively thought it was from the aircraft engines because we had stood on the tarmac close to the aircraft waiting for the shuttle to arrive and take us to the terminal! I had no idea what was about to hit me in a few hours.

Fast forward ten hours, we had just landed at Dublin. My problem started as soon as I got outside the plane…..it took me a few minutes to realise I had done a bad job with that particular part of my travel preparations!

Far from home….and its lovely weather!

You see, I’m from Nigeria, where we have a tropical climate. We have two seasons; rainy and dry seasons. In the rainy seasons, we get lots of rainfall but it’s very minimal in the dry season. So, we practically know what to expect as far as weather is concerned.

I arrived in Ireland in late august when summer was giving way to autumn. This period is characterised by frequent scanty rainfall. And I learnt this through some funny experiences I had.

On one occasion, I had done some laundry, spread it out on the clothes line outside and gone back upstairs. I was barely upstairs when I looked out my windows and saw that it had started to rain. I ran back outside, took the clothes off the line and got back upstairs only to see that the rain had stopped and there was sunshine already. I heaved a sigh of relief, and took my clothes back out to the line. This time I was still spreading the clothes out when the rain came again!  I was lost, wondering what kind of weather they’ve got here! I took the clothes inside once again and this time, waited an extra hour before going back out; I wanted to make sure I wasn’t  going to make the same mistake again! 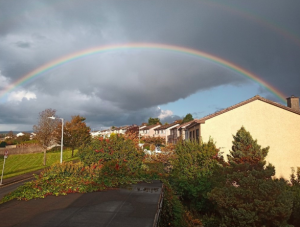 rainbow as seen from my window

During this time, the trees start shedding their leaves in preparation for the coming season. Taking a look at the scenery is always a beautiful sight. On one of my trips to the store one day during autumn, I captured a beautiful scene with my Umidigi mobile phone (see below). 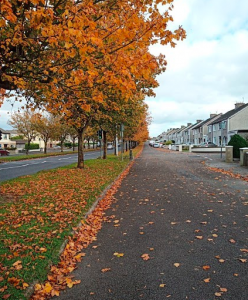 As we moved towards winter, the rains became heavier and more frequent…it rains practically all the time! By this time, though, I had already purchased a thicker jacket to help ward off the cold as the temperatures are continuing to fall daily.

Looking back now, I can say I have fully accepted the cold Irish weather and even enjoy its coolness.