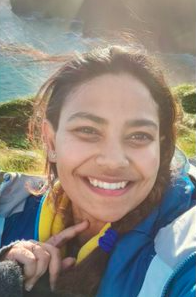 Ireland is the land of romantics according to Student Ambassador Sweta. Check put her most recent blog to hear about her travels across the Emerald Isle… 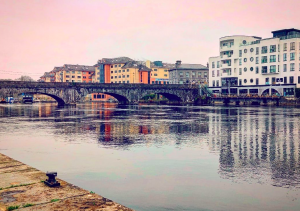 Ireland is one of the prettiest countries in the world. Every view is utterly picturesque. Historic castles to breath-taking countryside, the Irish lands offer the best experience to any wanderlust soul. For romanticists like me, Irish lands offer a soulful escape – a moment of calm, so much that every breeze gives you a sense of completeness.

As a student, one must never miss the scope of exploring the undiscovered places of Ireland. The treks of Connemara, the sound of crashing waves of Wild Atlantic in the Cliffs of Moher, the colourful houses of Cobh, the old Irish Rail Track at Athlone – Ireland offers a rich and diverse experience. I personally fell madly in love with the Irish lands during my solo trips around the country. 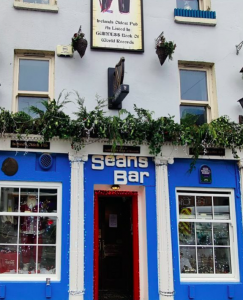 The first stop being Athlone – a small town located in the heart of Ireland, at the very centre. I explored the beautiful walkway of ‘The Old Irish Rail Track’ and later walked down the beautiful streets. The serene riverside view of Shannon River and a relaxing pint of Guinness at ‘Sean’s Bar’, the oldest pub of Ireland, were some of my most cherishable moments. By evening, the lights on the streets made the city even livelier and the music across the corners were just mesmerising.

The next stretch of solo trip was a trek to Connemara Upper Diamond Hill. Ireland offers you the best countryside scenic views and Connemara trek is by far my favourite treks. The gusty winds made the climb quite hard, but an encounter with a German family made it so memorable! I finished the last leg of the trek with them and learnt so much about their culture, heard their extravagant stories and shared some of mine. The best thing about Ireland is the friendly nature of people, so friendly that even the tourists get amalgamated in the culture. After the trek, a 5km walk down the Kylemore Abbey in the most dramatic weather of Ireland was stunning, especially for people who love the cinematic skies. Ending the trip with a scrumptious meal at a small café in town was totally fulfilling.

Sweta is studying for an MSc in International Management at the National University of Ireland Galway.