Leaving the Great White North for the Emerald Isle

The goal to study medicine

Prepare for complete transparency, because brutal honesty is about to follow: Growing up, I always knew I had potential to do something impactful in this world, but I never knew what it was. I know that seems cliché but to be frank, it’s the truth. Throughout my undergraduate degree in Canada, I realised medicine wasn’t just a pipe dream; it was the only lifestyle I could envision for myself.

I was realistic and understood that the chances of getting into a Canadian medical school on my first attempt were very slim. For example, Queen’s University’s acceptance rate in 2016/2017 was a mere 2.4%. I was not closed to the idea of studying abroad and in previous years, I had the opportunity to travel to both New Zealand and Thailand, and haven’t been able to shake the travel bug since. 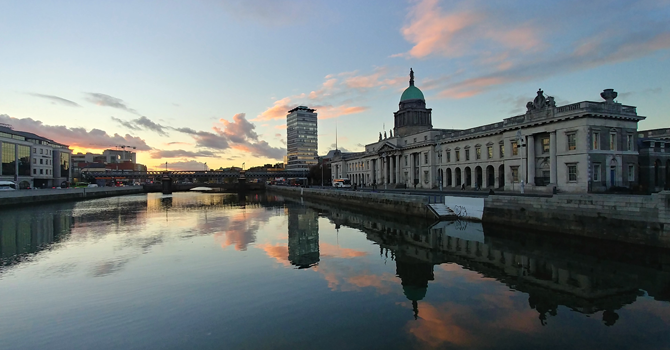 The possibility of Ireland

The Irish medical education is accredited worldwide and is centered around the patient, not the physician. For example, at TCD, first year medical students have patient contact from day one. However, there is the fear of being unable to return home for residency/work. Your chances of returning to Canada increase if you complete your medical electives in Canada and spend your pre-clinical summers (those after your 1st and 2nd year) volunteering, shadowing and networking in Canada.

I had these worries before deciding to apply abroad but the reason I chose Ireland was because I knew I wanted to become a doctor, and I knew I was craving the adventure of starting fresh in a new country. The summer between the 3rd and 4th years of my undergrad was when I studied for my MCAT, completed my applications and applied to both Canadian and Irish medical schools. 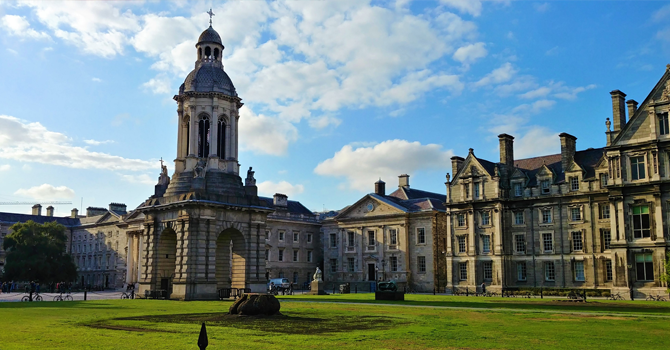 I heard back from the Canadian schools in early January, with the expected result but the negative answer yielded a cascade of positivity and potential. In April, I heard back from Trinity College Dublin and was overjoyed with my acceptance. I wasn’t sure if I would be able to do it — If I would be able to just pick up and leave and start over somewhere new or if I would be able to afford it. My headspace changed rapidly from excitement to fear and doubt. But if there’s anything I’ve learned in my short time on this little blue planet, it’s that the things that scare me end up being the best decisions I’ve ever made — That is what Trinity is to me.

I worried about being able to afford to study abroad — I got a loan from the bank. I worried about being able to handle medical school — the first day of orientation introduced all the student support systems available to us and encouraged us to use them. Trinity strives themselves on keeping students healthy and happy and encourages the use of supports available to achieve this. I chose Trinity because I wanted a high-quality medical education in a welcoming environment that suited my learning style. Trinity checked all of those boxes and I couldn’t be happier that I’m here.

Chase what scares you

My goal with this blog is to encourage students to push out of their comfort zones and consider education outside of Canada. Chase what scares you. You will find a way to make everything work once you push past fear and finally jump into doing what you’ve been dreaming of — and when you get there, you’ll see it isn’t as scary as you thought.