My Journey to Ireland 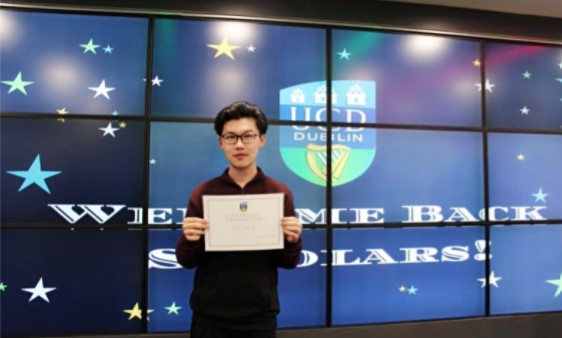 There are numerous reasons students choose to study in Ireland but for Student Ambassador Fanxi Meng, the choice was practically made for him – it was fate…

The thoughts of studying abroad arose when I was a high school student in China. However, I never planned on studying abroad straight after high school. At that time, I was looking forward to going to a foreign country for my postgraduate study and experiencing completely new cultures. I shared this idea with my parents, and they loved it! But interestingly, my father said: “If you would like to study abroad, why not start the journey from undergraduate!”. I was a bit shocked and really excited after hearing him saying that because pursuing a Bachelor’s Degree abroad was something I never thought about before. I was a little bit hesitant, but my mom agreed with him and also supported me. Here, my journey of studying abroad started.

Choosing a country where I would be spending the next four years of my life was never going to be an easy decision to make. My mom and my grandparents were worried about letting me go to a completely new country, far away from China, alone at an age of 18. So, they suggested considering Singapore, which is very close to China and offered outstanding educations. My dad was considering Canada because he had some friends whose kids were studying and living there. However, I knew that I wanted to go to Europe because I was fascinated by the beautiful views and unique architecture.

After some research, I was very passionate about studying in Ireland because it was strong in biomedical and pharmaceutical sciences. I was particularly interested in University College Dublin due to its reputation and the rational structure of the study programme. At that time, applications of universities in Singapore, Canada and Ireland were made in parallel. 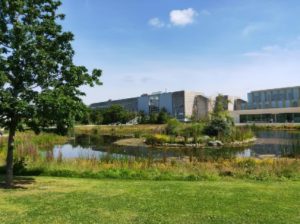 After a few weeks of waiting, I started to receive a few offers from the universities that I was applying to. Interestingly, the first couple of offers I got were all from Irish universities, and UCD was one of them! This, somehow, made me feel more destined to study in Ireland. I then, without holding too much hope, applied for some funding opportunities. Surprisingly, I was first informed that I successfully applied for a scholarship from Trinity College Dublin. And a month later, I receive an email from UCD saying that I was awarded the Global Excellence Scholarship, which financially benefited me more than the one offered by Trinity. I was super grateful for both offers. After long consideration, I decided to go to UCD to pursue an Honor’s Degree in Biochemistry! 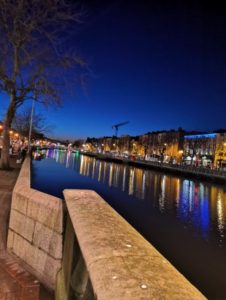 Before coming to Ireland, I heard that Ireland was a country with great diversity and Irish people were very friendly. After having spent two and a half years here, I can ensure you that this is very true.

During the process of application, I continuously got in touch with people from UCD Global. They offered excellent support and tried their best to help me when I had any problems regarding applications. I remember when I first came to Dublin, I was struggling to find places that I wanted to go even with the help of Google Maps. Every time I asked people about the route, they were so friendly and willing to help. There were a few times when I got lost in the middle of nowhere and people passing through sensed that I might be lost. They asked me where I wanted to go and even offered me a lift!

Now, I am in my third year of studying living in Dublin and am lucky and grateful to be surrounded by friendly and supportive people and live in a charming city. If you are struggling to decide which to study abroad, go for Ireland!

Fanxi, from China, is studying Biochemistry and Molecular Biology at University College Dublin.