My life in Letterkenny 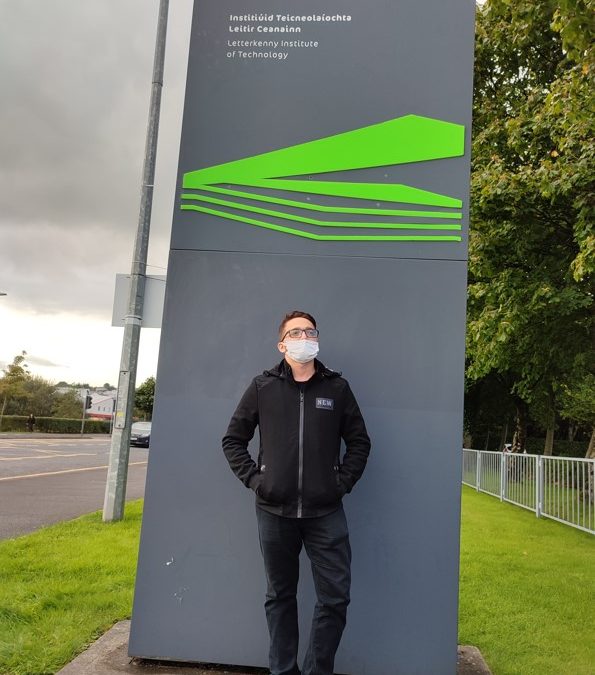 Student Ambassador Hamza Abdul Mateen from Pakistan travelled to Ireland to pursue the life he dreamed of. When he arrived in Donegal he knew it was the right place to be. From getting accustomed to the weather to exploring a new city and making new friends Hamza has not looked back…

Ireland has always been on my bucket list ever since I saw its streets in the music video for Ed Sheeran’s Galway Girl and the breathtaking shots of the Irish coastline on social media made me wonder if I would ever be able to visit all of these places. The desire to see it all with my own two eyes pushed me to explore options to live on this isle. Soon I found out that the master’s programme, which is not yet taught in my country Pakistan, is taught in a few colleges in Ireland and that is exactly what I was looking for. I applied, got selected, received my visa and flew to one of the coolest places on Earth, Donegal. 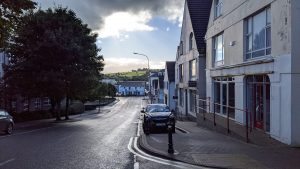 I started my life in Ireland on the 2nd of October 2021 when I landed at Dublin Airport after travelling for almost 22 hours transiting through Istanbul. From Dublin Airport, I took the route 32 bus to Letterkenny and no more than 5 hours later I was in the town and looking at lunch options on the Upper Main Street in the Town Center. No doubt I had to leave behind a life I built for two decades but what lies ahead excited me more. The start of life in Letterkenny was slow as I had to unpack, settle in, explore and study all at the same time. Luckily, I arrived at the weekend so classes were online from Monday. Every day, I would go out with my housemate to explore the shops around. This is really important, one should explore all the shops available even if you aren’t in need of anything. You might need it later or you can suggest a shop location to a friend who needs something from there.

Since I come from a whole different culture from the other side of the world, I expected a cultural shock but I got more than I expected…

I am NOT sugar-coating it. This is the reality. I was walking on the footpath and I was two metres away from bumping into someone, we both stopped and the lady said “sorry”. That was new for me because usually, I have seen people just walk by without noticing. Now I am used to this and even adopted it. Then there is an unspoken rule that if you are waiting for the light to turn red, so you can cross the road, drivers will stop and signal you to cross first. These little acts of kindness made me realise how Irish respect each other. 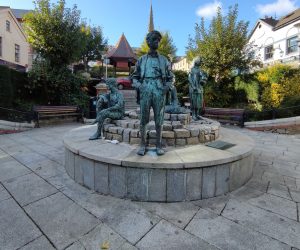 Trust me, I am writing this wearing two jackets. The temperature I am used to is between 15°C and 30°C during Winter. Letterkenny is colder because it is located in the north of Ireland. When I arrived it was 16°C and two months later it was already 1°C. The best way to deal with cold is layering. Thermals as the first layer, your everyday wearables as the second and then your jacket. Thermal socks, gloves, neck cover and cap are essential items as it’s crucial to cover the feet, neck and ears. 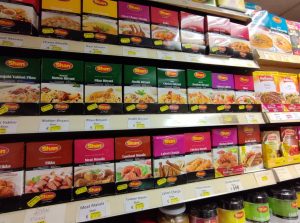 A glimpse of Pakistani spices found in Payless

It can be expensive

As a Pakistani and a student, due to the exchange rate, things look expensive initially. If you are eating out, it is actually expensive so learning to cook beforehand would be a nice idea. For me, I had a few recipes up my sleeve and cooking my own food has really helped me bring down my expenses. Pro-tip, explore every grocery store before buying and remember prices. Compare prices and then buy. The best supermarkets for price in Letterkenny are Tesco, Iceland, Mr Price, Bismillah Grocery, Payless and Dunnes Stores.

The decision to move to Ireland to study was the best decision I have made in life. I am living a life I desired and, along the way, I am making friends and exploring humanity with a new perspective.

Hamza is doing an MSc in Computing in Big Data Analytics at Letterkenny Institute of Technology (LYIT).