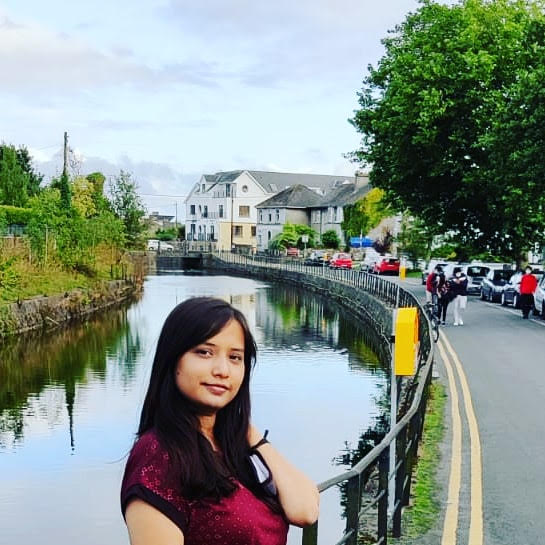 Student Ambassador Anjum Agarwal’s first time leaving her country lands her in charming Galway! She tells us her story of beginning a new life in the Emerald Isle, as she moves all the way from India…

I am Anjum Agarwal, an International Student at The National University of Ireland Galway (NUIG). I would love to share my welcoming experience in amazing Ireland. 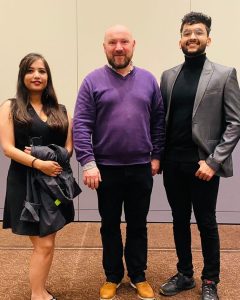 I landed in Dublin, in the middle of August from India. Ireland was the first foreign country I had ever been to before, and it has been four months since I first moved here. Ireland brought me a hoard of new mesmerising experiences. The Emerald Isle has never failed to surprise me, whether it’s the Irish education system, the country’s scenic natural beauty, or the people who are always welcoming, so you’ll never feel alienated.

As the New York Times said, Galway is “Ireland’s most charming city.” Not only is it small enough to happily stroll around, but it’s also bursting with quirky, well-loved, independent shops and restaurants. Galway is consistently voted in the top 10 friendliest cities globally, and has even come top of the list in its time. Not only is it charming and friendly, but Galway is also widely known as a cultural hub, hosting world-class festivals while also birthing artists and performers who are known around the globe.

Last year, the European Migration Network recorded a 45% jump in the number of non-EEA (European Economic Area) students in Ireland, compared to five years ago, which has set the record for international student enrolment in the country. On my arrival, all international students from India had to quarantine for 14 days. My university took complete care of us by providing us with complimentary accommodation, which relieved me of great stress.

Both Education in Ireland and my university arranged a range of virtual information sessions for incoming students to sort out any queries about costs, lifestyle, accommodation or career after their studies. There are over 100 student societies that cater to almost any hobby or interest you may have at NUIG. Some are academic and course-specific societies, so you will get ample opportunities to meet new people, make new friends, and grow.

After the hustle and bustle of the initial weeks of settling down in a new country, I am confident about my decision to pursue my postgraduate degree in Ireland. I am constantly growing both personally and professionally, which was my goal from the start.

I would strongly suggest that any student studying abroad consider Ireland as an option.

“An investment in knowledge pays the best interest.” – Benjamin Franklin

Anjum is studying Business Analytics at the National University of Ireland Galway.