Where is the theatre in Dublin? 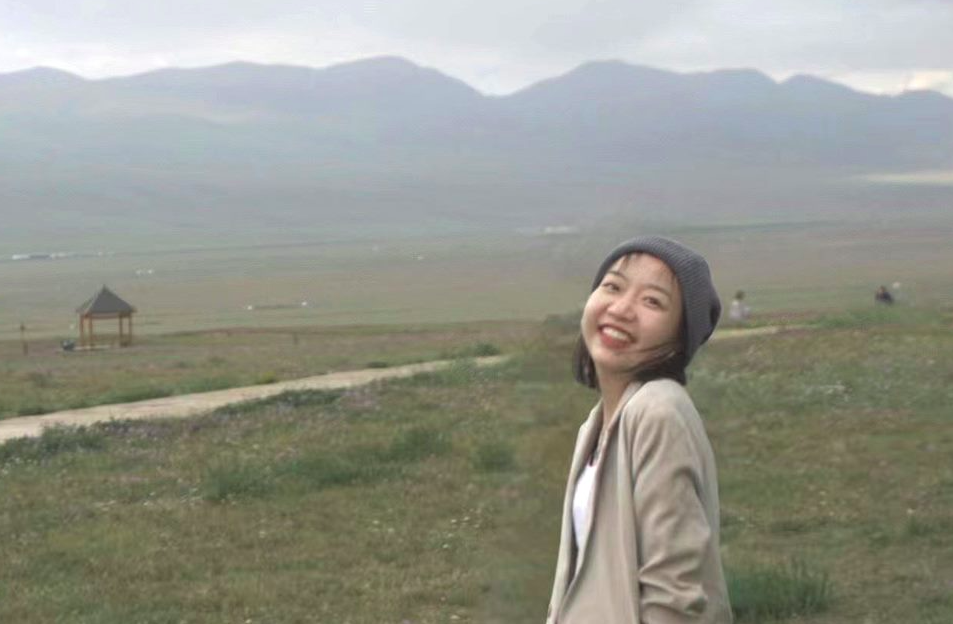 Where can you find good theatre in Dublin? Well… everywhere! Student Ambassador Xinlu Li who is a drama student in Trinity College Dublin tells us about all of the best spots in Dublin for theatre lovers. Try something new!

Dubliners are good at telling stories.

After class if you wander around the streets just outside Trinity College for your coffee break, there are so many talented Irish writers, actors and directors just walking right past you! It is very likely that you’ll have eye contact with each other too!

You go to the bookstore, browse aimlessly and pick up a random book near you. You open it to the first page and read “the author now lives in Dublin ”. Then, you see a lot of things you are familiar with, street names, station names, and even, the names of restaurants. You are certain that this is really the Dublin that you know, captured in a book.

With the fragmented information you get from all over, the city unfolds slowly, through words, scenes and frame by frame. It doesn’t matter if you are not a hardcore theatre fan. The theatre scene across Dublin will interest you sooner or later!

Dublin Theatre Festival is held in September/October every year to provide a platform for the best of Irish theatre. You can get the tickets from the website. Make sure you check the venue as they are located all over Dublin. For those who have just arrived in Dublin, this is a perfect opportunity to get yourself acquainted with the city. 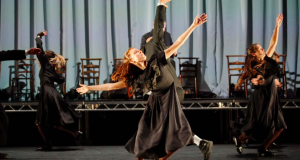 Dublin Fringe Festival is usually a bit earlier than DTF. It is a curated, multi-disciplinary festival, so you can expect to see some experimental/avant-garde theatre. For some online theatre shows, they will even post some materials to your address. I still remember how excited I was as a new arrival in Dublin to receive a physical parcel in my mailbox!

The Abbey Theatre first opened in 1904 and was rebuilt in 1966. Many leading Irish playwrights, including William Butler Yeats, Lady Gregory, Seán O’Casey and John Millington Synge, were related to this theatre. It also features its backstage tour and walking tour. I watched Marina Carr’s iGirl and booked a tour on the second day when all the set up was still on stage. It’s very interesting to feel the differences between being an audience member and being on stage performing.

The Samuel Beckett Theatre is located in Trinity College Dublin but open to the public. It houses many extraordinary theatres produced by Trinity’s drama students.

In The Gate Theatre, you can see some very classic shows, such as Endgame by Samuel Beckett and Frankenstein inspired by Mary Shelley’s classic monstrous tale. There is a bar in the theatre, and you can arrive one hour earlier to get a drink. 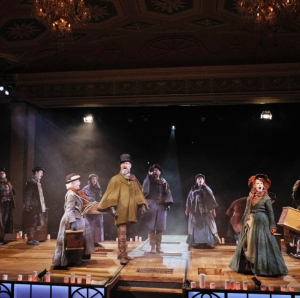 If you are obsessed with Broadway and West End musicals, you could be a frequent visitor of Bord Gáis Energy Theatre. Some classics are very popular, so grab the ticket earlier to get the seat you want.

There are some other great theatres as well. For example, The  Pavilion Theatre, The Civic Theatre, etc. It’s impossible for me to write in this article about all the theatres the city possesses. But I do hope this article can get you started with the theatre experience in Dublin.

If you are still unsure where to start, Dublin bus advertising and lamp post banners by Dublin City Council would never fail you.

Xinlu is working towards a Masters in Drama in Education at Trinity College Dublin.